Every year, the Christmas party is organised by a group of team members who were employed in the past year. This year’s team consisted of five: Dana, Eric, Phoebe, Tess and myself. It is a difficult task given we have no idea what the previous parties have been and which ones were successful. We looked at hotel venues, harbour cruises, team building activities, restaurants, vineyards, central Auckland, outer Auckland… and this is what we came up with. 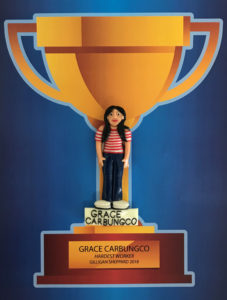 An awards ceremony. We organised the most expensive Christmas party to date. Was it worth it? Absolutely. It is not just about getting everyone together for some fun. Rather, it is a thank you from management to the team of GS for their hard work throughout the year. In turn, it adds to the motivation for them to continue working hard. It strengthens the team dynamics, boosts morale and believe it or not, maintains staff retention.
Our party is held in November, mostly because December is usually bombarded with events and parties, but also because we have a lot of work to do before Christmas and our office shut-down of three weeks.
We booked the Lakeside Room at Villa Maria Estate Winery, a bus to get us there and back, and then sent out our ‘save the dates’ with a request for formal attire. We created an award for each team member, and ordered a customised magnet in their image.

On arrival we had bubbles and canapes on the lawn and played pentanque, jenga and hoops. The room was decorated in white and gold.
One team member provided this intriguing reply when asked if there were any special dietary requirements:
[box]
“I’m a freegan. I only eat food that’s sourced freely – grown on the side of the road, dumpsters, half eaten kebabs left on the park bench, etc. Also no red meat, poultry, pork or fish please, and I’m allergic to legumes, nuts and beans (except coffee). Also I’m Taoist so nothing from the onion family. Oh and no gluten or lactose.”
[/box]

He is known for his dry sense of humour (which is also the award he won) so we decided to get him back. For his entrée, we organised with the catering staff to serve him a bowl of coffee. There was confusion at his table, ‘is that the vegetarian option?’ and ‘how come he’s special?’. Once explained, there were tears of laughter.
We hired a talented MC, Guy Langford, to present the awards and he did a magnificent job hassling everyone without stepping over the line. Each award was accompanied with a humorous story and a video – the organisers had been snooping for months stalking and recording each person without their knowledge. It was a great bonding experience getting to know each other outside of the office as well as laughing and recognising ‘other’ talents.
The team did an excellent job of dressing up – some of the guys even purchased new suits! I do think Richard did the best with his tuxedo though. And the girls were absolutely stunning! 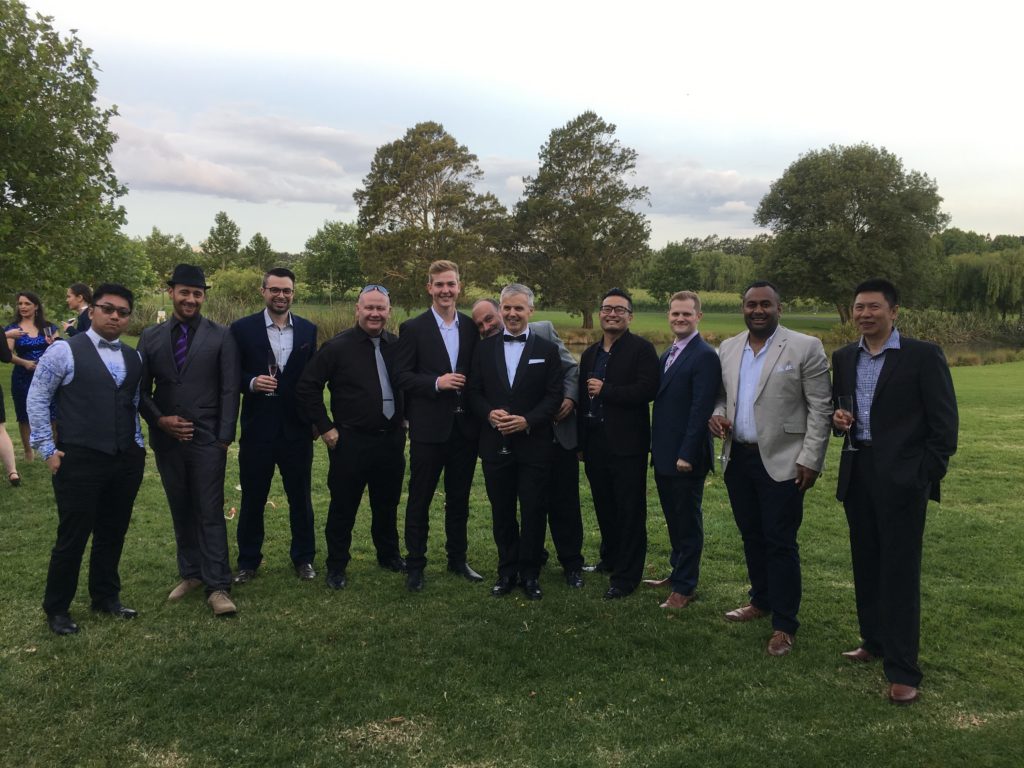 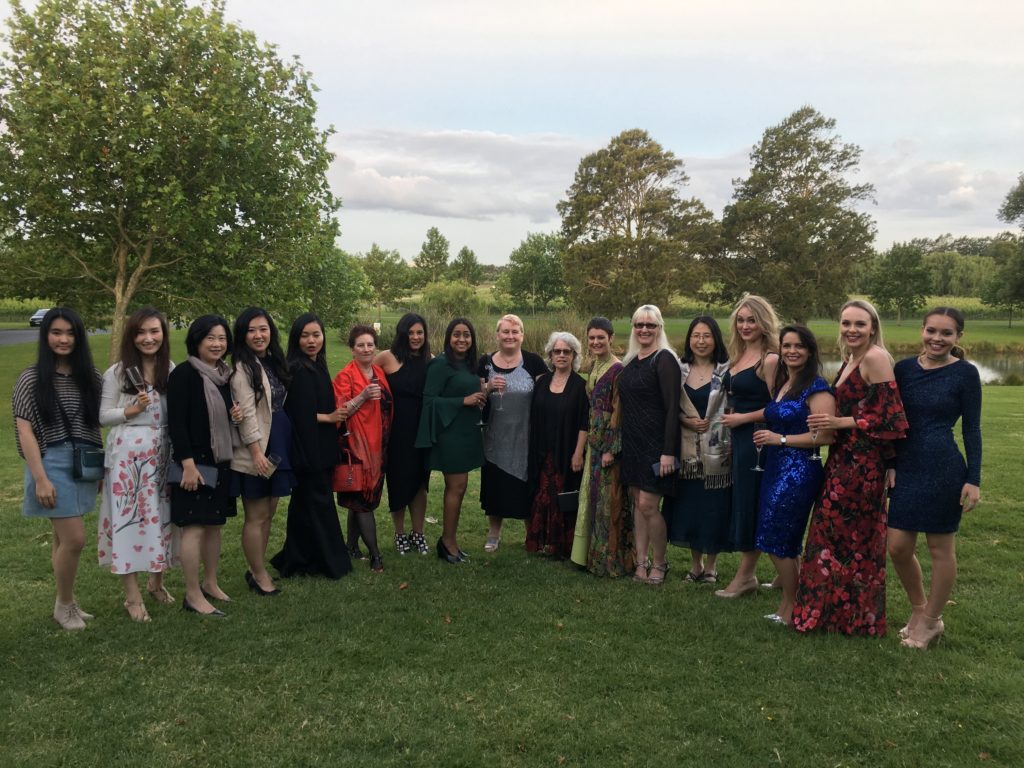 It was a lot of work and being one of the organisers, I didn’t get to sit down or be too selfish. The food was incredible, the staff at Villa Maria ready and able with every little whim, the MC entertaining, the drinks flowed freely and seeing the enjoyment everyone else had was worth it.
But I don’t know about doing it all over again, I look forward to seeing what the next bunch of newbies come up with!

Chinese
Services
Previous PostNext Post
Fish and Ponds
This year, myself and Greg Rathbun attended PrimeGlobal’s combined World and Asian Pacific conference in Ho Chi Min city. First, a bit of history regarding our association Gilligan Sheppard joined ‘Polaris International’ in 2009 and the Asia Pacific meeting was held in Auckland, where we hosted firms from all over the world in our offices. […]
Yi Ping Ge
READ IT
Hidden assets/threat seminar
Hidden Assets/Threat Seminar was “da bomb”! At a seminar on intangible assets and IP, two renowned business commentators Bruce Sheppard and Paul Adams provided a no holds barred, to the point examination of what modern companies, boards and management need to know and understand about intellectual property and doing business in today’s knowledge economy. Thanks […]
Bruce Sheppard
READ IT
View all of our services
Find out about our team
Look through our articles
Read more about our history
Business Advisory Services
Marketing Services
Tax Specialist Services
Value Added Services
Get in touch with our team
Want to ask a question?
What are your opening hours?
AML & CFT Act in New Zealand
Events with Gilligan Sheppard
Accounting software options
Where are you located?
Events