Start-up success by geeks of governance

Entrepreneur Brett Herkt is a self-confessed start-up guy. His early years as a chartered accountant at one of the big accounting firms gave him some serious big business experience, but you could say his volunteer work for community organisations and charities in finance roles had just as big an impact on his future.

Brett’s experience as CEO of a medium-sized business gave him an insight into an opportunity, so his first start-up, with business partner Kim, was both software and a service. But there wasn’t really a defined market for it yet – it was sold, yielding just enough to pay off the overdraft.

“It was basically a one-page strategic plan that linked to execution – with fields to fill in your vision, purpose, and values, and what that long-term cycle is trying to achieve. Then it rolled down into a set of goals, immediate strategic priorities, and an action list. So essentially connecting strategic statement down into an action plan in a page or two.”

So, the shareholders were folded into a new venture, BoardPro – board management software with automated workflows and clearer reporting for effortless governance. A centralised source for information such as board packs that was accessible from anywhere.

Brett and Kim spent 18 months building BoardPro, discovering along the way that they were both “governance geeks”. Having worked for charitable organisations in the past, he understood their struggles, so they wanted to develop a product that would be universally available and affordable for the likes of SMEs and charities.

Limited funding meant limited marketing, so Brett hustled, scrapped, and experimented, and growth hacked for a good couple of years here in New Zealand. “We basically built a critical mass of awareness in the market of initial users; my board was getting a bit antsy with only a handful of customers a month – until suddenly it leaped to 15-20 customers a month and hasn’t stopped growing since then.”

One of the two companies leading this space in the world, BoardPro is a tool that runs the workflow of board meetings – and a repository for board members to access all the documents they need, eliminating the disconnection from the business that board members often feel.

BoardPro now has customers in 26 countries around the world, with the bulk of their customers in Australia and New Zealand to date. “It’s somewhat regional, you can pick up people from all over the world but there is a regional bias. We have a direct competitor in the US called Boardable. But we pick up relatively few customers in their market, and they pick up very few in ours. Because there is a degree of conservativeness in people who run and serve boards, there’s bias towards a local solution.”

With 25 staff and a vision of achieving 750,000 content subscribers by 2030, Brett says they produce a lot of content, all free, and their free webinars are always attended by hundreds.

Bruce Sheppard came in as an investor and has been a supporter all the way through. He helped build the share register connecting them with other valuable investors when funds have been needed.

“Bruce has quite contrarian views, forcing you to examine why you’re doing things and not following the herd, which is refreshing. We get good value from Gilligan Sheppard. Bruce has always been very accessible. I love that he is trying to educate people on being good owners. That sits well with me.”

When BoardPro opened operations in Australia, they moved their accounts from one of the large, well-known accounting firms, to Gilligan Sheppard.

“We’d engaged with the bigger firm thinking we’d also be able to engage with their clients that’s just not easy given the reputational risk they need to manage.”

“They’re very nimble. They turn around our accounts five times the speed of big CA firms, and that makes a huge difference to us. We access a certain amount of NZ Trade & Enterprise funding, so we need to get our accounts out quickly, so we engage them for a range of accounting services now,” he says. “The service has been fantastic. We first worked with Sharon Chan, who was very knowledgeable and had specialised advice on transfer pricing for us. I’ve also had great interactions with Mel Wang, who provided excellent advice, and very prompt communication and finally we have Amy Street making sure our work is done on time.” 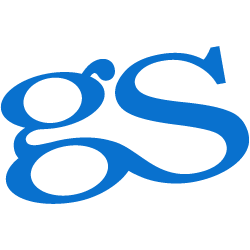 Chinese
Services
Previous Post
Xero Platinum Champion
In September Gilligan Sheppard became a Xero Platinum Champion Partner. Xero partner firms are classified under the partner program according to a points system. The status levels are starter, bronze, silver, gold and platinum. [box] Using Xero for only bank feeds and compliance is like using your smartphone only for phone calls. [/box]   We […]
Tania Stenersen
READ IT
Led by a purpose of saving lives and livelihoods
Argus Fire Protection designs solutions to protect life, property, and assets from fire. Founded in 1981 as a sprinkler contracting company, it consisted of a few old vans and a team of five hard-working sprinkler fitters. In the late 80s, Jacqui’s father Erle Bensemann responded to an advertisement placed by Gilligan Sheppard to sell an […]
Gilligan Sheppard
READ IT
View all of our services
Find out about our team
Look through our articles
Read more about our history
Business Advisory Services
Marketing Services
Tax Specialist Services
Value Added Services
Get in touch with our team
Want to ask a question?
What are your opening hours?
AML & CFT Act in New Zealand
Events with Gilligan Sheppard
Accounting software options
Where are you located?
Events