A power of appointment is relationship property… really?

The release of the Supreme Court’s (“the Court”) ruling in the case of Clayton v Clayton (SC 23 2015) on 23rd March 2016 certainly caused a stir around the desks of numerous accounting and legal professionals throughout New Zealand, as word spread that the highest court in the land had determined that a power of appointment held by one spouse was relationship property, thereby exposing the assets of the discretionary family trust to the claims of the other spouse.
Suddenly, years of asset planning strategy advice by these professionals to their clients that trusts were a viable means of protecting assets from the grasps of any potential claimant, including aggrieved spouses, was called into question by the decision – or was it? 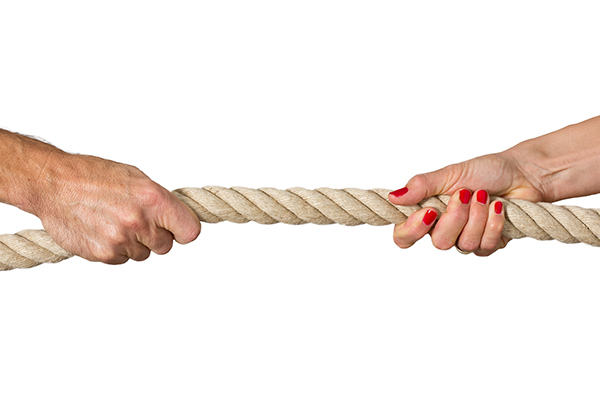 A closer look at the decision however (all 46 pages of it) and one can see that the judgement is in fact a very logical conclusion based on the specific facts of this case. Further, it becomes apparent that it was not solely the powers of appointment held by Mr Clayton that was the basis for the judgement. This is evidenced by the Court setting aside of the Court of Appeals previous determination that the power to appoint and remove beneficiaries, was on its own, relationship property.
So how did the assets of this trust become relationship property?
Mr Clayton settled the Vaughan Road Property Trust (“VRPT”) some 10 years into the marriage. He was the settlor, the sole trustee and was specifically defined in the deed of trust as being the principal family member, a party who was not only listed as one of the discretionary beneficiaries, but who was also granted numerous powers under the deed of trust, including the power to appoint and remove trustees and discretionary beneficiaries.
The prime issue to be determined by the Court, was whether the bundle of rights/powers held by Mr Clayton constituted “property” in terms of the definition of that term contained in the Property Relationship Act (“PRA”), and if that was the case, was the property then relationship property and consequently subject to the “equal sharing” presumption contained in the PRA. In this respect, the Court would follow the principle determined in the 2011 Privy Council decision in Tasarruf Mevduati Sigorta Fonu v Merrill Lynch Bank & Trust Co (Cayman) Ltd, where it was held that if the powers held by the relevant person amounted to a general power of appointment, then the concept of “property” would be satisfied for some purposes, the PRA definition for present purposes.
The PRA defines property to include “any other right or interest”. When making its determination in this regard, the Court said that the term had to be interpreted in the context of the social legislation which was in question, and in this case that meant a broadening of the traditional concept of property, with the possibility of including rights and interests that may in other contexts, not be regarded as property rights or property interests.
The Court analysed Mr Clayton’s powers and entitlements in his capacity as trustee, principal family member and as being one of a number of discretionary beneficiaries, with a view to establishing the level of degree of control he actually had over the assets of VRPT, and consequently whether it would be appropriate in the circumstances to determine a “property” interest existed. To do this properly, the Court said it needed to understand what practical limitations the rights of the final beneficiaries of VRPT had on Mr Clayton’s ability to take all of the assets of the trust for himself.
Mr Clayton’s powers to appoint and remove trustees and beneficiaries certainly had contextual significance with respect to the Court’s analysis, however it was three specific clauses in the VRPT deed that were decisive in arriving at their conclusion:

The Court’s view was that as a result of these clauses, Mr Clayton was not constrained by any of the usual fiduciary duties imposed on trustees, and consequently at any time could appoint the whole of the trust property to himself. The final question to answer therefore, was whether the powers held by Mr Clayton were of sufficiently similar effect to a general power of appointment, and would therefore constitute “property” for the purposes of the PRA.
A general power of appointment is usually viewed as tantamount to ownership and can be treated as property for particular purposes. In Lewin on Trusts, the authors state that the distinctive feature of a general power is that the donee is free to appoint to himself without considering the interests of anyone else.
The view of the Court in this regard, was that the bundle of rights and powers held by Mr Clayton, was akin to a general power of appointment and consequently was property under the PRA. Given the breadth of the powers held by Mr Clayton and the express authorisations provided in the deed of trust, there was no effective constraint on the exercise of powers in favour of himself. The Court concluded that the combination of powers and entitlements of Mr Clayton as Principal Family Member, Trustee and Discretionary Beneficiary of the VRPT amounted in effect to a general power of appointment in relation to the assets of the VRPT.
As the trust was settled during the marriage, albeit with some assets that were Mr Clayton’s separate property prior to the commencement of the relationship (he did receive some credit in this regard however), the property was also relationship property. The value of the property for determining Mrs Clayton’s 50% interest, was determined to be the value of the net assets of VRPT. This value was attributed on the basis that the value of the right to the holder of the power was the value of the property that would be received by the holder of the power in the event that the power were exercised.
So what lessons can be learned from the decision which may help to mitigate your risk when faced with a similar claim?

Should you have any doubts and would like a review of your trust structure, please give us a call.

Chinese
Services
Previous PostNext Post
GSTV: Offshore Suppliers & GST – Live Conversation
Recorded conversation took place on Wednesday 5th December 2018. Like most taxing jurisdictions around the globe, NZ has a consumption based sales tax, known as GST (VAT equivalent in other countries), which has been in existence since 1986. Up until recently, usually only supplies of goods or services made in NZ, had the potential to […]
Richard Ashby
READ IT
And they’re off – first tax bill of 2016 introduced
The beginning of the month of May not only reinforced the shocked realisation of how quickly yet another year was passing, but also saw the introduction of the first significant tax Bill for 2016. Similar to the recently announced tax simplification proposals by the Government, the Bill has a number of welcomed changes to present […]
Richard Ashby
READ IT
View all of our services
Find out about our team
Look through our articles
Read more about our history
Business Advisory Services
Marketing Services
Tax Specialist Services
Value Added Services
Get in touch with our team
Want to ask a question?
What are your opening hours?
AML & CFT Act in New Zealand
Events with Gilligan Sheppard
Accounting software options
Where are you located?
Events