Yi Ping is a partner at Gilligan Sheppard who recently visited China.
I stayed one week in China and three weeks in Hong Kong at the end of 2017 and the beginning of 2018, which provided me with plenty to think about…

Every time I visit any touristy areas in China, I can’t help but notice the sheer amount of people and vast structures being made. In China, most tourism is separated from people’s daily lives. A piece of land, with or without natural beauty, will be used to create man-made parks or tourism sites with structures such as temples, statues and pavilions through the decades surrounded by gates and walls (natural or man-made). Admission fees are charged to view, with RMB $100-200 per head, daily revenue can easily reach millions. Hence their tourism industry is sustainable and can accommodate the 1.4 billion population. 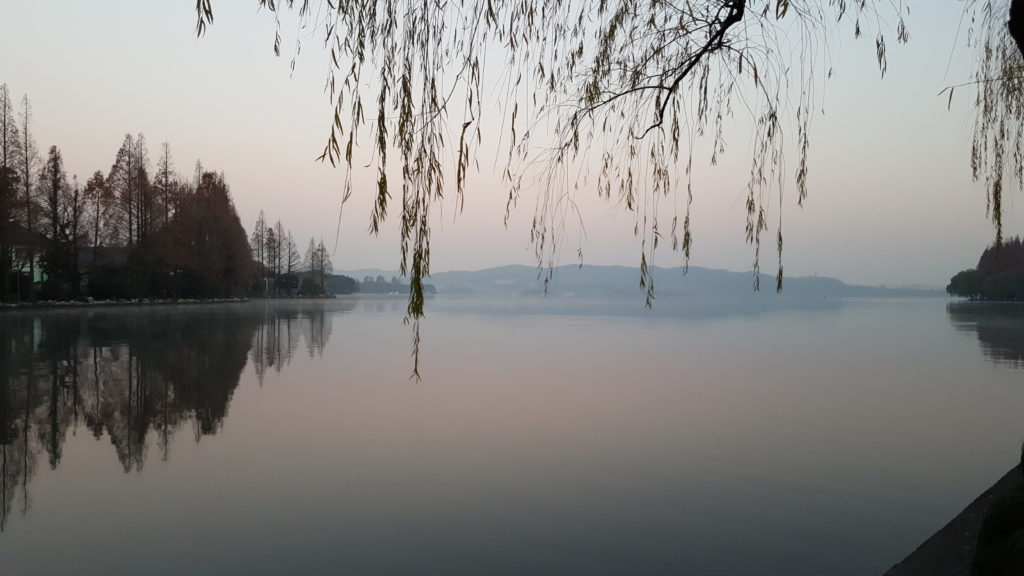 For cities blessed with a rich history and natural beauty – say Hangzhou or Emei – it is still enjoyable if you can avoid the crowd. In Hangzhou, early morning walks around the West Lake is very pleasant. In Emei, hiking up the mountain (avoiding motor vehicle accessible locations) is still quite nice. For cities lacking these kinds of elements, the recently man-made parks are to be avoided.
China’s wealthy can enjoy secluded places that are kept away from tourists. Aman resorts are one example with a starting price of NZ$1,000 per night. The one in Beijing sits next to Summer Palace. In Hangzhou, it’s on the back of the Lingyin Temple and in Shanghai, it is amongst a forest that had been transported there.

Normally 80% of the most commonly used apps in my phone are disabled once I arrive in China – all the Google apps and most of the social media apps. Year by year, more and more apps are being disabled. This year, Viber is crippled. For an Android user, the most annoying thing is that you cannot use the play store and therefore cannot install any new apps. This leaves us no choice but to use VPM to climb the great wall. The rumour is already in the air that VPM will be banned soon with strict rules.
On the other hand, if you are savvy in using local apps such as WeChat, AliPay, TaoBao, Didi Taxi, you will find life much easier. Most merchants accept WeChat Wallet and Alipay, you can shop with your fingertips for most items. For example, if you go to a restaurant and like their serving dishes, take a photo and send it to TaoBao and immediately TaoBao shows you merchants who can supply similar goods. Once your order is placed, it will be delivered in a matter of days or hours.

One of my goals during this trip, was to try and figure out how the individual tax return works in China. Prior to the trip, I studied the ‘Individual Tax Act’ (only five pages, compared to 500+ pages of ‘Income Tax Act 2007’ in NZ) and the ‘Individual Tax Act Guide’ (only eight pages). During the trip, I spoke with tax payers, tax department officers, bank officers and tellers, as well as tax advisers in different cities with various levels of experience. The findings were quite interesting:

It is quite obvious that being politically correct (PC) is now paramount. The current leader has a big China Dream which requires a united value system – as opposed to the chaos created by individualism and capitalism. Openly declaring loyalty and condemning diversion is encouraged. Government agencies, SOE and big entities are required to put more and more time and resources into enforcing the recognition of one value system. Social responsibility is required to accompany profitability.
On a local level, party members are now encouraged to wear their party pin and go through lengthy study sessions on party policies. They are prohibited from performing any religious rituals including the worship of ancestors. Major universities are setting up research centres focusing on the leader’s political theories. In a writing contest at the county level, one of the topic is “What HE gives us is exactly what I am seeking”. It will be interesting to see if the trend will continue. 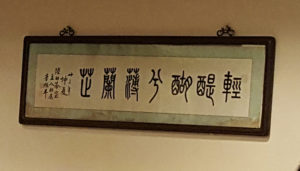 It is no longer an era where you show off your wealth, in-depth thinking or individual style. The famous Hong Kong culture that had cultivated great artists that had influenced several generations of Chinese is now withering. In a famous teahouse that used to be visited by great artists, I saw a beautifully presented piece of calligraphy. When I asked the staff about it, they were not able to explain what it meant.

Work hard or work smart?
In general, employees of private business sectors in both Hong Kong and China work 50-70 hours per week, some of them 350 days a year. Wealth built through this hard work was distributed unevenly amongst the population. When the group that got favourable distribution of that pie emigrated out of China with their newly made fortune, they surprised countries like New Zealand.
Insurance systems
We had a car accident in China and the process following was very similar to western societies. Both parties were calm and cooperative, police were efficient and operated with a non-bias attitude, and the insurance companies took over from there.
Tension between generations
This is not something new but has been highlighted by the confined living conditions, the liberated thinking of the younger generation vs traditional values held by the older generation, and the lack of government commitment to provide healthcare and wellbeing for older people.

Yachting New Zealand has summarised the achievement very well in their newsletter: https://www.yachtingnz.org.nz/news/201801/two-world-titles-to-start-the-year-for-kiwi-sailors 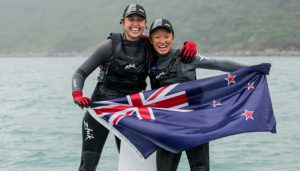 Twelve boats, 24 sailors and an equivalent number of parents were present at the 2018 29er World Champs hosted by the Royal Hong Kong Yacht Club over three weeks. New Zealand won both boys and girls. The teams worked really hard over the past two years, both at home and overseas.
The political and economic trends in China at the moment are interesting but has no comparison to our domestic situation as illustrated by Bruce (see his article here). All in all, 2018 is a year to be cautious, to prepare for the worst but not lose the hope for the best.