Richard has had over 25 years’ experience with NZ taxation, and particularly enjoys dealing with land tax issues and the GST regime. He deals with clients of all types and sizes and provides tax opinions on the appropriate treatment of items of income and expenditure, assists clients with IRD risk reviews and audits and can assist clients who are having difficulties meeting their tax payment obligations to make suitable repayment arrangements with the IRD.
Here are snippets from Richard’s weekly email ‘A Week in Review’ over the last month…

In my 7th April 2017 edition, I referred to the release of PUB00249 by IR, a document to update and consolidate a number of previous statements issued by IR, with respect to exposure to fringe benefit tax on motor vehicle benefits and the application of the various exemptions.
Further to consideration of public submissions, IS 17/07 provides the Commissioner’s finalised position on the issue. Key points to note:

The Election is almost upon us, and once again the air is rife with whispers of the words “capital gains tax”, and whether certain Parties will introduce one, should they win the Vote.
I thought it might be timely therefore to revisit the Bright-line test, which some would argue is already a quasi-capital gains tax, because of the way it indiscriminately taxes any gain made on a disposal of residential land within two years of its acquisition date, unless the vendor can claim the “main home” exemption.
It is hard to believe that in just over a fortnight, it will be two years since the new rules were introduced, Bright-line potentially applying to any residential land which a person first acquired an estate or interest in, post 1st October 2015.
The taxing provision itself is contained in section CB 6A of the Income Tax Act 2007 (”the Act”), essentially as a supplement to the existing section CB 6, which itself requires income tax to be paid on any gain arising on the disposal of any land, where a purpose or intention of acquiring the land, was to dispose of it.
Section CB 6 has existed for many years, and will continue to take precedence over section CB 6A (which only applies where sections CB 6 to CB 12 do not), however it relies on a subjective analysis of what the taxpayers intentions were when they acquired the land. While the onus has always been on the taxpayer to mount a challenge to IR’s submission a disposal intention or purpose existed (which included the usual “deep pockets” appreciation by our clients), I have usually found over the years that IR still wants to be pretty certain of their position prior to moving to a NOPA/assessment phase. This has often lead to lengthy delays and frustrated clients as a consequence (who just wanted their cases finalised in some way), while IR internally struggled to make up their mind whether their case was strong enough.
Section CB 6A removes any question of subjective intention, automatically subjecting the disposal to taxation, if the residential land is sold within the two year Bright-line period. This is regardless of the reason behind the disposal. For example, there is no carve-out for financial hardship, where there may have been a clear intent at acquisition to hold the property long term (so it would not be taxable under section CB 6), but say the loss of a job may have resulted in the investment property having to be sold due to reduced cash flow to fund the debt payments.
A few things to note about section CB 6A:

IR has released operational statement 17/01 (“OS 17/01), which sets out the Commissioner’s position with respect to the entitlement of registered persons to make GST input tax deduction claims, in relation to costs of sale incurred in association with mortgage sales.
OS 17/01 applies from 6th September 2017 and is a replacement to OS 15/01 – although in essence the only change from the previous statement is with respect to suppliers under the B2B financial services rules, who have incurred costs of sale when exercising their mortgagee powers to force a sale of the secured asset. To dust the cobwebs off for those of you who cannot quite remember, effective 1st January 2005, B2B financial supplies (usually exempt supplies) were permitted to be zero-rated instead (by supplier election) provided the registered recipient had greater than 75% taxable supplies/total supplies in the prior 12 month period. This legislative change then enabled the supplier to claim any GST input tax incurred in making that B2B supply.
OS 17/01 contains the following conclusions:

IR acknowledges, that since the position outlined in OS 17/01 reflects a change from that outlined in OS 15/01, there will be a number of taxpayers, who previously relied on what is now considered to have been an incorrect position, who will have legitimate unclaimed input tax deductions as a consequence. Usually, because registered persons are entitled to recover missed claims in subsequent GST return periods (effective self-correction), the Commissioner’s general practice (SPS 16/01) is not to accept section 113 (TAA94) requests for amendment of previously filed positions. However in this instance, IR will be prepared to consider section 113 requests for amendments to prior taxable period returns, and will determine acceptance of such requests based on the merits of each case, but ignoring the self-correction facility already available.

Common Reporting Standard – Are You There Yet?

Unless you have been deep underground in your bunker preparing for North Korea’s pre-emptive attack on the world, you will be well aware of the Common Reporting Standard (“CRS”), which took effect in NZ from 1st July 2017.
There are three key steps for you to work through in determining whether CRS applies to either yourself or those you act for and provide advice to:

Having said “no” in any of the above three steps, you are still exposed to CRS, due to various disclosures you now need to make whenever you open a new bank account, to assist your local bank with determining their own reporting obligations, since they are definitely reporting NZFI’s.
It is this last aspect I have decided to provide a brief commentary on, since in the past couple of months, several clients when opening new bank accounts for their family trusts, have had to complete the section on the bank account opening form which is titled “Account Holder Type For Tax Purposes”. The detail appears relatively generic across the various banks, broken into three components:

In the particular cases I have advised on to date, the answer was relatively simple, since the Trust’s in question were going to derive more than 50% of their income from passive sources, which in turn would be produced from greater than 50% of its total assets (essentially just being cash deposits) – so Passive NFE’s.
IR, in its September Business Tax Update (http://www.ird.govt.nz/resources/b/f/bfaec89c-fa2b-4e79-86e6-7188b32ed563/business-tax-update-september-2017.pdf), has again highlighted CRS, and referred readers to its own published guidance and support materials (www.ird.govt.nz/crs). Amongst the myriad of documents available, is a useful guide called “Family Trust obligations under the CRS” – (http://www.ird.govt.nz/resources/f/5/f554e5b8-1925-41d7-beb5-da30b85cb334/ir1053.pdf).
As a basic memory trigger, if you are aware that your client’s Trust has “managed fund type investments”, then before you can advise them to tick the Passive NFE box (if you are satisfied they are not an Active NFE), you will need to essentially investigate the materiality of these investments – if more than 50% of the income of the Trust is derived from these funds over the relevant period (generally preceding 3 periods), then there is potential exposure for the Trust satisfying the FI definition.
There are some reasonably significant civil and criminal penalty exposures for reporting NZFI’s that fail to comply with their CRS obligations, so it certainly would be prudent to update your annual checklists to ensure appropriate CRS questions are asked and ticked off.

Having considered public submissions on the issue since the release of PUB00255 back in May 2017, IR has now released IS 17/08: “GST — compulsory zero-rating of land rules (general application)”.
IS 17/08 is intended to simply assist vendors and purchasers in getting the GST position correct before any transaction including land settles, and provides a general overview of the compulsory zero-rating rules (“CZR”), which have applied since 1st April 2011.
My own experiences with CZR since introduction, would suggest the following key issues are kept in mind whenever you are advising your clients:

IS 17/08 contains some practical examples as well as a useful flowchart.

Investing in Gold may not be that Golden….

It is probably an answer of no surprise to the majority, IR’s final position on its QWBA, whether proceeds from the sale of gold bullion should be taxable. 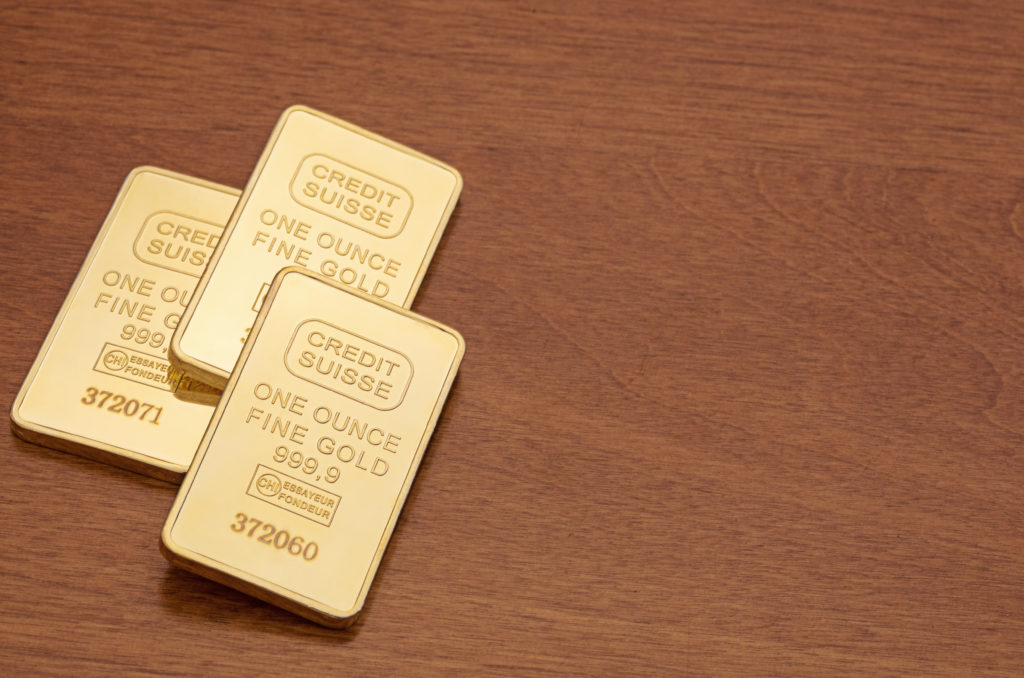 QWBA 17/08 has been released, and the item concludes that proceeds from the sale of gold bullion will give rise to taxable income under section CB 4, since in the majority of cases, such an investment asset can only have been purchased for one purpose – that of resale.
The approach is not that difficult to understand, considering anyone who acquires gold does not do so intending to derive a reasonable annual cash return from their investment, because there simply isn’t one. Instead the majority buy as a way of diversifying their overall investment portfolio, but the only return can be from disposing at a time when the sale price per ounce is more than the purchase price per ounce when they original acquired the gold.
IR does accept however that they may be cases where section CB 4 does not apply, where the taxpayer can show that the dominant purpose of acquisition was not that of resale e.g. circumstances where bullion is acquired for the dominant purpose of building up a diversified portfolio of property that the person will not necessarily realise, however the onus will always be on the taxpayer to prove such a position taken.
It should be noted that since IR expects most gains on the disposal of gold bullion to be subject to tax under section CB 4, then equally losses on disposal and the associated costs of holding the asset, such as storage costs, funding interest and insurance should be deductible.

Chinese
Services
Previous PostNext Post
GSTV: Covid-19 Commercial Matters and Insolvency
Richard Ashby, joined by Bruce Sheppard, interviews our guest Kalev Crossland from Shieff Angland law firm about commercial matters and insolvency during this Covid-19 situation. What is the practical impact of the business debt hibernation rules on the enforceability of leases and contractual commitments? What is the impact of the safe harbour rules on governance […]
Bruce Sheppard
READ IT
Richard's November 2020 tax updates
Richard has had over 30 years’ experience with New Zealand and International taxation. His team provide services including: Q&A service for accountants Tax opinions IRD risk reviews and audits IRD arrears International tax advice Below are articles from Richard’s weekly email ‘A Week in Review’ over the last month. You can sign up for his […]
Richard Ashby
READ IT
View all of our services
Find out about our team
Look through our articles
Read more about our history
Business Advisory Services
Marketing Services
Tax Specialist Services
Value Added Services
Get in touch with our team
Want to ask a question?
What are your opening hours?
AML & CFT Act in New Zealand
Events with Gilligan Sheppard
Accounting software options
Where are you located?
Events