I was advised in October last year that I was being considered for an honour, and surprisingly I managed to keep that very quiet. Before they give it to you they ask you to confirm if offered will you accept it, clearly, they don’t want the humiliation of someone turning it down. 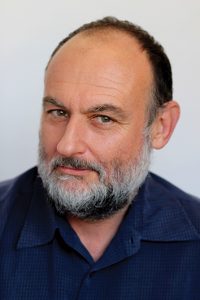 In my case, it was easy to decide. Firstly, someone had to go to a lot of trouble to nominate me for recognition and to refuse would be an injustice to those who were prepared to make out the case for recognition. Secondly it would be wrong to decline it as it is also a recognition for the work of the New Zealand Shareholders’ Association (NZSA) over a long period, which my guess counts in the 100’s who contributed to its success.
Since it was announced I have been humbled by the number of messages of support encouragement and acknowledgement from our firm’s clients, board members I serve with or have served with, executives and boards members of public companies with whom I have sparred, regulators, bankers, lawyers, past cabinet ministers and even random investors. I have had letters, phone calls emails and cards, it is indeed very humbling, and I thank everyone who has taken the time to express their feelings.
Initially, I responded to each one personally but then it just became too much. I thought I would share with you some of the comments and sentiments expressed…
“I was very pleased to see your smiling face on the front page of the business Herald recently and the reason you made the news.”
“Just wanted to drop a line to congratulate you on your ONZM honour. Apart from your contributions in areas visible to the media, I am sure you have invested a great deal quietly into the lives of many people you have rubbed shoulders with – me included. I am grateful for the encouragement you were to me during my time at XXXX… and for the trust you placed in me. I hope one day I will be in a position to do the same for others.”
“Hearty congratulations on your gong. From Social Credit to FMA – it has been a great ride and you have always contributed to the community. Well deserved!”
“It was with great pleasure to see that your efforts on behalf of the wider community were recognised by awarding you with an ONZM. In my opinion this is richly deserved and it is great to see that former rebels or those who are slightly anti-establishment can reach such heights and be recognised by the establishment. Once again congratulations and I look forward to a catch up in due course.”
“Does this mean that you are now one of the establishment?”
[box]

“Just read the article in the Herald this morning on your recognition for your many years of hard work with regards to shareholders and their rights in NZ with the award of and ONZM. Well done and well deserved! I assume this means you will now wear an appropriate suit to work as befits your station?”

“Congratulations on your ONZM. Appropriate recognition for your unwavering advocacy for your clients and friends. Know that you don’t normally seek such recognition, which makes it even more appropriate.”
“Congratulations Bruce. Even though I believe some people have always respected your high moral standard and skills.”
“On behalf of our committee and members I would like to congratulate you on your well-deserved award in the New Year’s honours list. You have certainly brought the interests of Shareholders to the fore with great success. Last week I had a discussion with an ex Brierley’s man who still cannot see what you were trying to achieve for shareholders. He thought you had the temerity to suggest shareholders should expect dividends. So again – congratulations from us all.” 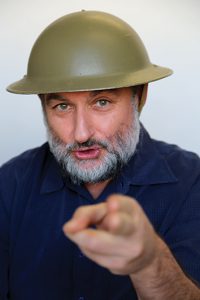 “Should we now address you as Sheriff? After all, you even get a badge I believe – and as it is quite colourful, it’ll go nicely with the bike gear. Well, congratulations again and I imagine that you will now behave so much better from now on… in a manner befitting your new status… HA!!!”
“Recognition at last. Jude joins me in saying it couldn’t happen to a nicer guy.”
“It’s always good to take the path less trodden. The only way to make a difference in the world.”
“Congratulations on your great contributions to NZ being recognised. And the Herald have made it an honour unique to you. Unfortunately, that gets me trying to come up with what it stands for; and worse only thinking of something crude or derogatory. However, I won’t go there as you will find a much better version. So please let us all know what ONMZ stands for. And the Herald failed to mention your bike! Does this mean you have become part of the Establishment? We are all very proud of you. Our best wishes to you and Donna and all your proud family.”
“Congratulations Bruce well deserved. I take it the Herald means ONZM Order of New Zealand Merit or is the ONMZ a separate special award? I say sue the bastards!”
“Congratulations and well deserved. You’ll love the feel of the luxurious plush red carpet at Government House between your toes.”
“We wanted to express our congratulations on your appearance on the New Year’s Honours List. Well done, Bruce, and well deserved. Even though Lorraine and I now live in sunny Queensland, we read the New Zealand Herald online each morning, to keep up with news from back home. I was thinking that we met you quite a few years ago, Bruce, when we invested in Andrew Krukziener’s strata-titling project at 17 Albert Street, and other similar investments around that time. More recently we have participated in some of the Gilligan Sheppard investment syndicates. We really appreciate the opportunity to participate in such syndicates, and look forward to more in the future.”
“Well earned. Bet there are quite a few biting their lips, but, serves them right, I say.”
“I just had to drop you a line and wish you congratulations on rising from someone with no School Cert., to such an awesome character and well known entity and now acknowledged by the people of New Zealand. I have taped the Herald article to my dining room wall for all to see. Well done. It really cheered me up to see you acknowledged in this way. New Zealand needs MORE PEOPLE LIKE YOU. I will never forget your support and encouragement over the years.”
“Dear Bruce congratulations on being honoured for Officer of the New Zealand Order of Merit (ONZM), you have done so much for me and my family and being recognised publicly for helping countless others makes me so proud, I always think of you and know that the meetings I had with you were incredibly special and that I was in the midst of greatness at those times.”
[box]

“I am ecstatic that you have been awarded Officer of the New Zealand Order of Merit for services to business!!!!! You so deserve recognition at such a distinguished level. Your path to get there may have been vastly different to everyone else’s but the accolade is equally deserved and now is publicly noted. Whoop whoop – feckin awesome! A bloody good way to end what has been a truly shitty close out to 2016! Enjoy and soak in the recognition.”

“Hey congrats you mad bastard gone mainstream!! Well-deserved honour.”
“Congratulations on receiving your New Year’s honour. What a thrill, and a great recognition of your long commitment to a cause. No doubt that commitment has been supported by many, including in particular family and close business colleagues, and it is a wonderful recognition of them too.” 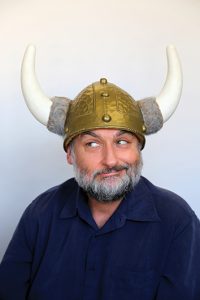 “A note acknowledging your recognition and award in the New Year’s list. Well deserved. Congratulations. Some irony in you receiving the award from the current GG.”
“Happy New Year and congratulations on your new year’s honour! I hope you’re still celebrating, it’s well deserved and great recognition of someone who challenges the status quo and speaks their mind… some small hope for the rest of us who have a problem holding their tongue. I did learn a lot more about you than I’d previously known in the media article and particularly liked you showing up to shareholder meetings in different hats. Would have liked to have been there to observe that! Admittedly, I’ve only attended 2 AGMs in NZ, many in Australia and they are very restrained here in comparison to the lambasting they get in Oz from shareholders.”
“Congratulations on your NZOM award – very well deserved as there is no doubt the Shareholders Association would not have got off the ground if it were not for you.”
“Happy New Year and Congratulations on your well-deserved recognition. Just goes to show that you can succeed even if you don’t conform to normal practices – but then you knew that anyway!”