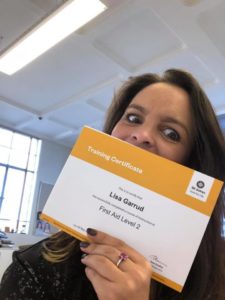 I recently completed a St John First Aid Level 2 course. I am surprised by what has changed over the course of a few years. Methods from my education have been over turned, some old-wives tales’ proved false and some myths busted.
It was fun and the teaching style varied – our tutor Ray used books, language, white boards, video, slides, acting and fruit burst lollies as rewards. Whilst some of it was overwhelming, we were always encouraged to just do the best you can do.
Do you know what to do with a bloody nose? Should you tilt the head back or forward? Contrary to what I thought, it’s forward whilst pinching the bridge to stop the bleeding. If you went backwards, the blood would just start running down your throat and into your stomach.
I’ve choked on fish bones enough times not to choose it from the menu anymore. My mother has performed the Heimlich manoeuvre on me a few times, once resulting in a cracked rib. That’s not the used method anymore (thank goodness!). The new method left a bruise on the heel of my hand from hitting the back of a dummy so forcefully.

The most upsetting lesson – trying to save a baby.

It brought tears to my eyes just watching a demonstration of saving a baby mannequin that was choking. When Ray asked, ‘Who was upset to see that?’, every hand was raised. He went on to explain that if you didn’t use the force required, you would lose the initial air in its lungs to force the item out – which could put the baby in a worse situation than when you started.
The final test was to assess a scene with multiple injuries. Quite overwhelming, especially as half way through applying my new found knowledge, one of my patients (an actor playing an elderly lady with heat exhaustion) went for a wander.
Essentially there are four B’s to remember when assessing a scene – in this order of importance; Breathing, Bleeding, Burns and Bones.
Another acronym, the ABC of Airway, Breathing and Circulation has been extended. It’s now the DRS ABCD; Danger, Response, Send for help, Airway, Breathing, CPR, Defibrillation. 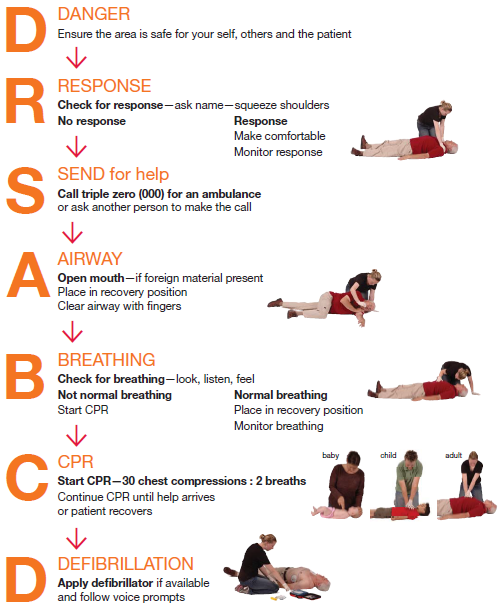 I was able to use a defibrillation machine for the first time – I had always wondered what to do with them because they are being installed everywhere.
There’s an app we all downloaded called ‘AED Locations’. Wherever you are, it will guide you via map to the closest one. You can often get one to the scene faster than an ambulance can.
Did you know that in the United States and Australia, they don’t teach the breaths as part of CPR anymore? Essentially the chest compressions are done to keep the blood flowing to keep the brain alive – the professionals will do the fixing of whatever’s wrong, as a first aider, my job is to make sure they’ll have a good life after it’s fixed.

We were encouraged to swap phone numbers
with our neighbours.

If someone collapsed, would you be able to move them by yourself? Most people will go to the bathroom if they are feeling unwell – that’s not a big area and you would likely have to move them.
Should first aid be required on a child, it can put the parent or guardian into a spin – emotionally you might not be able to handle what needs to be done. Always best to get a neighbour to at least help you get the bigger picture and overcome the emotions going on.
Ever seen a drunk person wandering about on their own. They could actually be a diabetic in need of some sugar – it’s very hard to tell the difference as the symptoms are the same.
For Health and Safety reasons, we were advised to stay on the newsletter list. It is St Johns way of updating how methods have changed as new research comes to light. One of the most recent updates was only last month. If someone is being crushed by something heavy, the method was to leave it there until help arrived because if you moved it, something might start bleeding. Now, it’s best to lift the object if you can get help to do so.
We saved some numbers into our phones. Have you ever been in a situation where you’re not sure if it’s serious enough to call an ambulance?

Call Healthline – they’ll talk you through what you need to do and if necessary, call an ambulance. 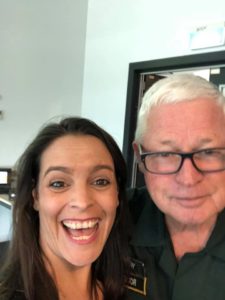 There was an odd number of people in our class, so when we had to split into pairs, I was assigned to the Tutor, Ray. It was intense and intimidating – but I learnt so much my head was overflowing.
I highly recommend the course or continually doing the refresher to keep up to date with changes. Thank you Ray for making me feel more confident that I can help and maybe even save a life.
If you are interested in a St John’s First Aid Course, click here for details; https://www.stjohn.org.nz/First-Aid/First-Aid-Course-Overview/ 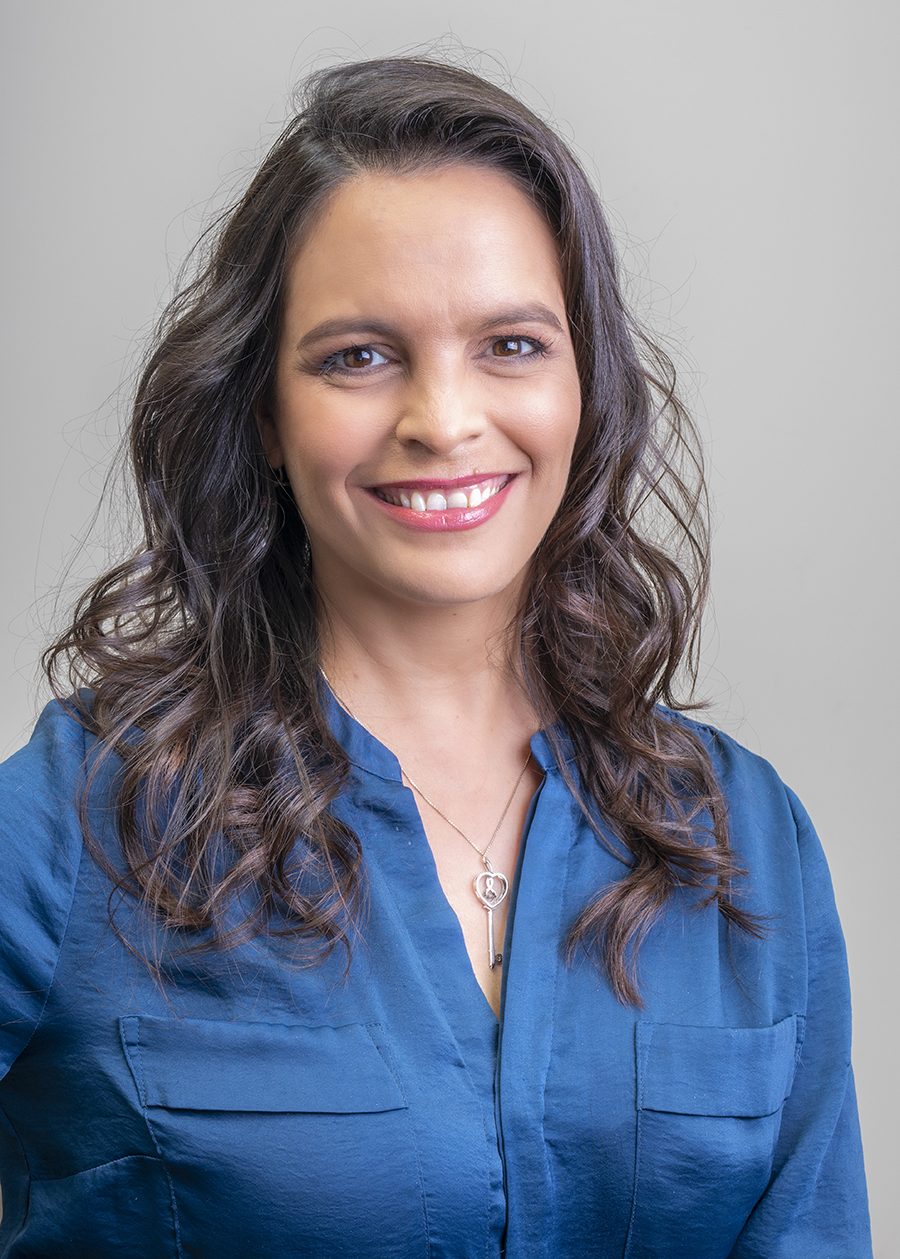