My annual visit to China is a perfect chance to learn, enjoy and share – it is a pleasure to share some of insights with everyone. 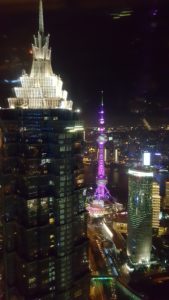 From big cities such as Shanghai with more than 20 million people, to little villages like my grandma’s home village Caohu with only hundreds of residents, a huge campaign has begun to clean out any non-compliant buildings. Buildings that have been there for ages and are not categorised as protected history buildings are being demolished systematically to give way for better planning, clear out eyesores and to thin big city population. Implementing this type of policy is not easy and in some areas, armed security forces were called in to help. Party and government officers in different levels were warned to help deal with their relatives and networks associated with the buildings to be demolished. The immediate benefit of this is how neat and clean it now is.

A campaign called “Master Five Waters” (MFW) is under way in the Zhejiang province – something I could see being copied by other regions. MFW’s purpose is to 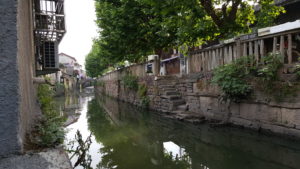 provide fresh water, reduce the usage of water, deal with sewage water, control storm water and prevent flooding. The waste water treatment system was built up in all the villages to clear the street of sewage water and prevent the pollution of any natural waterways. Each natural waterway and storage (ponds or reservoir) were assigned to a party or government officer who is personally responsible for the cleanness of that water body. All factories are now required to release waste water to a process plant and pay processing fees. They will be required to pay for the use of clean water directly obtained from a waterway, a similar system to water rights usage in New Zealand.
The river that runs through my birth place used to be so clean that we could swim and prepare food there. It turned into a big disgusting and smelly sewage pipe around 15 years ago when everyone dumped rubbish and released sewage water into it. Now, it’s gradually coming back to life. The smell has gone and the water, although was still greenish, was flowing and tolerable.

Restriction on transferring money out

The restriction on money outflow has tightened significantly from late 2016 and there’s no sign of any relief anytime soon. The impact is huge and was felt immediately by emigrates who have proof in principle in New Zealand, but could not transfer the committed immigration money for either settlement and/or investment. It was also felt by purchasers of overseas property who could not settle the property after signing a contract. They will face the consequences of defaulting on the contract by forfeiting the deposit paid. Whether there will be a domino effect on the property projects to associated business are yet to be seen.

Restriction on purchasing a second house

To cool down the property market in the big cities like Shanghai, the government has imposed a policy where a family can only purchase one property. This was introduced after a failed policy where the second property should pay a higher stamp duty and a higher mortgage rate. Investors with property stock on hand are now reluctant to sell as they fear they won’t be able to enter the 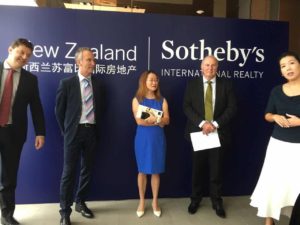 market again. Combined with the restriction on money out and the weak performance of the share market, it’s created a problem for investors as to where to park their money.
Disregarding the money out problem, for the moment, demands for New Zealand properties are reasonably high. This was reflected by the attendance rate to Sotheby’s Private view function in Park Hyatt Hotel in Shanghai, where I provided taxation and compliance advice to the attending investors. Around 80 VIP guests took interest in high quality New Zealand properties showcased during the three event.

The demand on officials

In local levels such as district, county and township, an extremely rigid policy is being introduced to party and government officers. After prohibited visits to high-end entertainment places such as five-star hotel restaurants and Karaoke places, they are now stripped of traditional perks such as government cars and chauffeurs. They are also required to work seven nights – extremely long working hours. Apart from showing people the determination of party and government to be diligent and crackdown on corruption, I could not make much sense of this.

Middle class was enjoying quite a good life. They had enjoyed non-stop economic growth over the past 20 years and had accumulated a reasonable amount of nest eggs. Some invested in real estate (some geographically diversified), shares, business and education for the next generation. Many had kids studying overseas and options before them to live comfortably close to home. They could afford travel around, enjoy good food as well as luxury items. At the other end, they also had responsibilities to look after their parents/grandparents and less well-off relatives. The big restriction on their enjoyment was the limit of time they could spend on themselves. With all their time spent on making money, spending money and living up to everyone’s expectations, they seemed unsure of their own identity. But don’t we all do from time to time?

Second generation is taking over

Across the Zhejiang province, the first generation of entrepreneurs are aging and the changeover of power is under the way. The one child policy has limited options for heir selection, though it is very good to see that many female heirs are coming into power and adapting very well. They received a good education, either overseas or domestically, and have taken on responsibility and power. They work hard and smart with confidence to fulfil the family’s expectations and their own ambitions. They understand the market, the product, the people and the finances. I have a very good feeling about the future of the backbone of China’s economic and private enterprises. 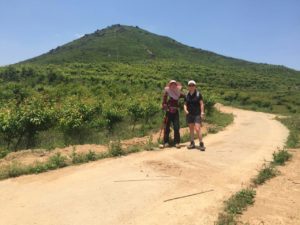 Everyone desires a healthy lifestyle and are more or less working towards a healthier life. This has created a huge potential for an industry called “Big Health”. Rural areas such as the Lingnan Township have become quite desirable. Lack of transportation had deferred the development of these areas but reserved the natural resources. A slogan by Chairman Xi:

Green mountains and clear waters will bring gold and silver.

This slogan was vastly spread around the country. The idea being to reserve natural resources for everyone to enjoy.
My wish for everyone in China is to slow down, to go back to an eight-hour day, five day working week and enjoy people and nature. The catch up has done and it was time to enjoy.