What the hell have we been doing!

2015 is our 30th anniversary of business with the same name, same culture, same leadership from the same premises. We have always been different, but some of our points of difference are now main stream;

Some things we do and capabilities that we have do however remain fundamentally different;

And while many boast that they are business advisors, the reality is that they are not. They are financial advisors and have limited focus and contribution. We are generalists with a holistic view of business.
The reason for this is experience and culture. Kevin Gilligan was both an accountant and a businessman. His business experience drove his advice and support of clients more than his accounting experience in corporates and elsewhere.
I too am involved in a number of businesses most built from the ground up, some quite substantial, and Greg Rathbun likewise.
In short, our culture is business and investment driven not accounting focused and we can truthfully say we have eaten the fruit and bitter pills of business as have our clients, and we know though doing it what works and doesn’t work in crisis and opportunity. 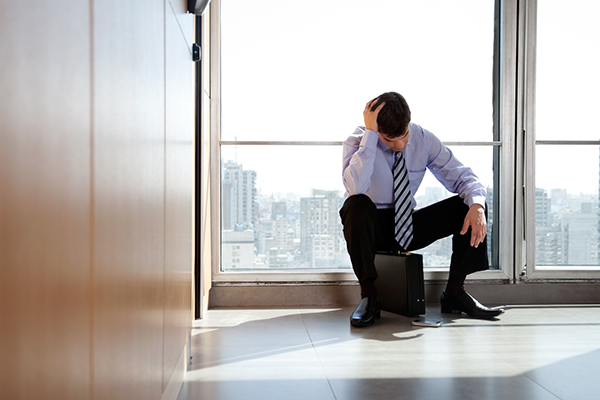 Some observations from experience:

To recap the recipe for a profitable business:

So our year in review:
It started tragically, with the death of Joanne Turner from Cancer at age 42. She was a huge loss to us and her clients, many of whom she had worked with for the 21 years she had been with us. I am proud of how our whole team handled what was a very difficult situation.
Over the last twelve months, we have recruited four new team members; Amy Tomes, Humphry Hart, Jone Puamau and Kay Hyland. All are exceptional contributors bringing new thinking and experience to an existing team of great people. Two more start in the new year.
Some successes that we have driven or supported:
We were asked during the year to assist in three acrimonious disputes between shareholders. In each case, each party had entrenched positions and fundamental differences on strategy and exit terms. Strategy was irreconcilable. In two of the cases and after three months of posturing and conditioning, transactions were concluded. The largest being a company with a value of over $50m the smaller being a more distressed opportunity.
The latter resulted in an engagement from the other side, which we also resolved in reasonably quick order. His comment was, in having had to confront a business crippling problem, that he had not found in the last three years, lawyers or accountants anywhere that could do what we did.
The last of these three will eventually settle too, however the entertainment value has almost been reward enough. There is a book in it!
On our property side we have succeeded in raising $2.7m for a housing project of 16 houses in Papakura, and are likewise well advanced with a similar raise for 25 houses in Pukekohe. We also assisted in a $17m mezz raise to acquire a prime Auckland tower. Our Flat bush financed development of townhouses is now sold out and the mezz facility will be paid out with the full anticipated return in February, on time on budget. An exceptional development.
On the venture capital front we have assisted with or raised $8m spread over seven projects. Of these, at the date of writing this, there has been one that has not delivered value, i.e. the investment is in part lost. Two have failed to create more value than the money expended, and four are moving ahead at varying paces.
Also during the year we completed three expert witness engagements on commercial matters. One went to trial and our client succeeded, two settled. One case was a plaintiff action and two we were running defence! No surprises that the settled engagements were the defence cases.
This year, with an established team that just does tax opinion tax dispute work, and international tax, we have successfully launched the offering of this capacity to other accountants.
What was our plan?
Three years ago we set ourselves the objective of being Auckland’s best boutique wealth services and business enabling firm.
With the strong penetration lead by Yi Ping into the Asian community, in one capacity or another we represent a significant number of new New Zealanders from China.
We are on task with Richard leading a specialist tax practise, Michael, Joshna and I are driving the exotic services business, and Marion ensures that our clients’ core needs are well executed by an exceptional team.

There have been numerous valuation engagements during the 2015 year which have kept me busy. The purpose of the valuations ranged from business loss claims due to compulsory acquisition, relationship property negotiations, shareholder disputes and other shareholder transactions. Industries ranged from hospitality, automotive retail, specialist trade/construction, niche equipment hire in the entertainment industry, residential property sector and high end technology play.

Staff Snippet: Michael Vukcevic
In Summing up the VAS team approach, this quote says it all,
[box]

“Some people regard private enterprise as a predatory tiger to be shot. Others look on it as a cow they can milk. Not enough people see it as a healthy horse, pulling a sturdy wagon.” – Winston Churchill

In our support of our clients, and their endeavours to pull sturdy wagons, we have been engaged in Strategy and Governance roles, helping our clients execute on their business plans. We have done this in a number of ways, however, our hallmark of honest and direct observation and opinion has been present. We have undertaken a number of Strategic planning and Review engagements including for a well-established new media company needing to work out a strategy for the years ahead, including decisions about employee share schemes, succession planning and business direction.
As a team we have developed Information Memorandum’s and capital raising strategies across a broad range of sectors including diary, tourism and technology. Gilligan Sheppard also teamed up to launch Lift-Off, a crowd funding platform. Our commitment to help growing businesses, has seen us work with a new and unique “business incubator” launching in 2016 – watch this space for the arrival of more thoroughbreds not donkeys.
As a number of our clients have recently realised, or are in the process of realising significant capital from their endeavours, we have developed a Gilligan Sheppard Family Office approach to help family’s manage and plan for the future with their wealth. We have also been increasingly asked to help our clients execute on merger and acquisition plans. This year so far we have managed two sell side and one buy side mandate, (the first sell side engagement resulted in a very happy vendor who exited his business after 20+ years, selling to an Australian company. The second sell side mandate is in progress and we expect a result in the new year.) We were also asked to assist a client in acquiring a media asset from a large multi-national media company, and during the Due Diligence it became clear that buying the asset would not have ended well for all concerned, so we advised our client not to proceed at any price.

I sincerely hope that you are continuing to enjoy your engagement with us, and look forward to next year being a year of assisting you to achieve your ambitions.