Bruce Sheppard, managing partner of Gilligan Sheppard, talks about 2018, the year ahead…
What does it ‘feel’ like… no urgency, no real momentum either way and the river of life and business continues to flow slowly by. In short, the cattle are contentedly grazing. Life goes on, good, steady business as usual.
A little bovine, a cow chewing its cud is the image that flashes in my mind when I think about business behaviour in 2018. What is driving this level of indecision? Short answer growing levels of uncertainty locally and internationally.

What is Causing Uncertainty? Politics.

The emergence of a labour government was a surprise late last year, I am sure as much for them as it was for the electorate. The international assessment was initially negative (our dollar dropped sharply) and now it has recovered to roughly where it was at before the election, and is more or less, directionless. While labour can be said to be unprepared for victory, the same can’t be said for Winston. Winston was well prepared for the government benches, having reasonably figured for the last three years he would probably have the balance of responsibility, and thus be part of someone’s government. 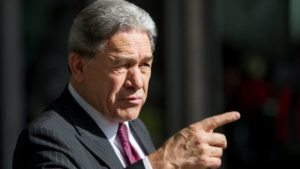 Winston is and has always been pretty clear on what he cares about. He hates foreign ownership of New Zealand, he prefers whites over wongs (preferably not too many whites either), and he wants to transfer government resources to the regions.
Winston entered politics when Robert Muldoon was Prime Minister and Muldoon was the master of ‘pork barrel politics’. Winston is his disciple. What regional investment will practically mean for Winston, is Northland. To secure NZ First’s future, he has to have a safe electorate somewhere. Northland can be expected to be the target for NZ First to win electorates. Bring prosperity, however unsustainable, to Northland will be his pork barrel politics objective. Examples include moving the Port of Auckland to Whangarei making it a boom town. 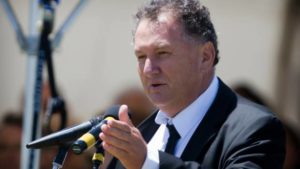 Shane Jones, an ex-labour MP and less than five years ago a contender for the Labour party leadership is no fool. Which is why I am so surprised that he wants to go back to the 1930’s with a work for the dole plan. What is he going to do, plant more pine trees?
One of the worst investments you can make is a plantation forest. Timber prices are volatile and we are about as far away for the manufacturing sectors of the world as you can get and freight kills log margins. A close second are saw mills and wood processors. They operate in a high labour cost market (soon to be even higher) and in a relatively small scale domestic market. Maybe he is going to build schools, roads hospitals and houses with the unemployed. That will just create more unemployment as the private sector contracts in response.
My image of Shane, is that of a ‘bro on a bulldozer’. Bob Semple – Bulldozer Bob – was the first Labour government Minster of Works. He competed the main trunk line, built the waterfront road in Auckland, planted the central North Island Forests and built houses, hospitals, and so on. Shane, it isn’t the1930’s anymore. Find a more appropriate role model, maybe Walter Nash.
To sum up, this government is a bit directionless. There is much noise but very little real structured direction. To be fair, the same could be said of National. Labour has a vision and apparently a heart, National focused on being good providers. Both are as directionless as the other.
On important things like taxes, they won’t change for three years if you believe Jacinda’s promises. 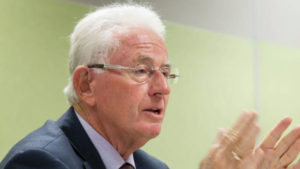 The working group to review taxes is being headed by Michael Cullen. The last labour Minister of finance. Thus the outcome will be pretty clear, a top individual rate of either 36 or 39%, most likely cutting in on $150k pa income, and possibly an increase in company rates as well. This will make us an uneconomic destination for international business to establish in NZ and create jobs. We can also expect a capital gains tax in some form. It makes sense in the next three years to book capital gains, even if it is simply through restructuring your business to create an opportunity to create goodwill.
[box]

But no matter, we will just chew our cud
and watch the parliament channel.

From early last year, credit for business effectively slowed right down and bank lending for property development all but stopped. This was driven in part by the banks belief that property had peaked. A cynic would say if they stop funding house building, thus ensuring a supply gap, they had a chance of holding up their loan books security.
They were also concerned that with inflation emerging the Reserve Bank might move up the OCR and as a consequence mortgage rates would increase (with a lag as much of the mortgage debt is on fixed rates). Certainly household debt levels and affordability is a concern.
The final piece in this slowdown was a requirement from the Australian owners of our major banks to return significant cash to Australia, which has had a significant multiplier effect to the availability of credit in NZ.
Winston’s drive to change the Reserve Banks narrow focus on inflation may well reduce the concern over increasing interest rates, however the other factors remain in play particularly with the slowdown in house sales and falling prices making the banks more cautious.

The proposed increase in the minimum wage will significantly hurt retail, hospitality and some service industries. It will also increase the cost of food and reduce our international competitiveness. Much farm labour, and post-harvest costs are at, or near, minimum wage.
Equally the increase in benefit levels and the encouragement to education will have an impact on the will of those at or near minimum wage to work at all.

There is concern that talent will be in short supply even if business flat lines. Which is likely for the next two years – which is exacerbated by a relatively closed mind to skilled immigration.

This is particularly evident in the construction sector that generally has full forward work books, in some cases on unfavourable terms. For example when you give a quote and it is accepted and the contract spans, say two years, how do you pass on wage increases assuming you can get labour at all? And how do you perform your contract?
Funnily enough the more buoyant construction seems, the more bankruptcies you have, this is a long run pattern. It should be interesting to see how much new building (not already contracted) actually gets done assuming it can get financed. 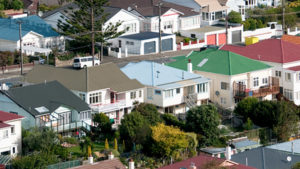 For example, residential landlords from 1 April 2018 will have a duty to provide safe warm and ‘healthy’ housing. No idea what healthy means. Particle board which is in many homes contains cyanide and formaldehyde, hardly healthy! Many older homes were plastered with plaster containing asbestos. Landlords are in for a beating, this should suppress demand for domestic investors to increase their exposure to property.

Uncertainty is constant. Sure you need to be aware and vigilant, but you can never eliminate uncertainty or risk. Remember the old saying, “Manage what you can control or move the dial on.”
When we go down to the river my bovine friends, we can drink upstream of the sewerage pipe. We can’t stop the sewage coming out of the pipe.

Property market: There is no doubt Auckland is overheated, but there is equally no doubt that long term Auckland is the only international city in NZ. If you can weather a 25% reduction in prices don’t panic, you will be alright in the long term. Thus if you are carrying a higher than 50% loan to asset ratio you are vulnerable, as the bank may call up your loans. Negative equity for some may become a reality over the coming year.
Commercial property: Capitalisation rates must be set to rise, resulting in a decline in values. As a result 4 to 5% yields have to rise, especially so as immigrants and foreign owners were the main buyers at these low rates and getting an Overseas Investment Office approval out of this government will be long hard and in most case unfruitful. 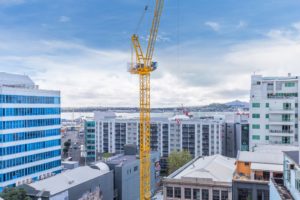 Business and the share market: Earnings will struggle to rise. Construction and retail in particular are vulnerable. Tourism, entertainment and fast food all look to be in the strongest position in a low domestic growth economy… If they can get low cost workers.
Interest rates and Inflation: Expect both to rise, and also expect job creation to stall, i.e. there will be less productive people and more dependants by the end of the year, and no matter how much debt the government takes on to alleviate poverty, relative poverty will increase.
Politics: It will provide some of the best free entertainment in town. Nothing like the Trump effect, but in the NZ context, amusing. The government will last its term. If however, the economy stalls badly, and if a full blown recession comes our way (which it might… from offshore, anyway), the middle NZ who voted for a change will vote for a change again.

Manage what you can, keep debt levels moderate, manage your fixed costs down. Be cautious about opportunity, learn to say no to new business, protect and love your team. Nurture your talent, and remain disciplined, vigilant and observant.